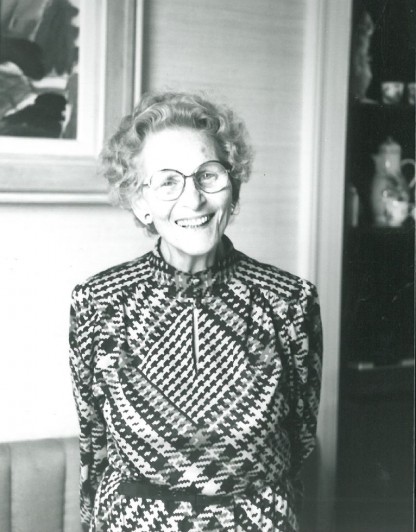 Published in the Independent newspaper on 09 October 1997.

Helen Brook, the founder of the Brook Advisory Centres, defied the caricatures of those who portray advocates of family planning as purveyors of loose morals. She did not approve of promiscuity, nor did she approve of abortion. The Brook Advisory Centres, which she established in 1964, primarily aimed to reduce the number of illegal abortions and "illegitimate" births and to inculcate a sense of sexual responsibility in the young.

Brook was motivated by fervent belief that children should be born to mothers who wanted them and could care for them. She also believed that women should enjoy equality with men and that to achieve this they needed to be able to avoid unwanted pregnancy. In an interview to mark her 79th birthday she explained: "I felt that, until women were free of the fear of unwanted pregnancy, they would not be able to take up the equal opportunity of work."

Helen Brook entered the world of family planning as a volunteer for the Family Planning Association at a time when the FPA was avoiding the obvious need to provide contraceptive advice for the unmarried because of concern for its organisational respectability.

Throughout the 1950s and early 1960s the FPA was wracked by controversy about its public policy of extending "pre-marital advice" only to those within four to eight weeks of their wedding day. While the discussions and the arguments raged, Brook acted.

In 1958, when Marie Stopes died, Brook was invited to run her independent clinic in Whitfield Street in London, and with the support of the clinic doctors and a nurse she began to run an evening session each week for the large numbers of unmarried women turned away from other clinics. In 1963, she began "secret" sessions aimed specifically at young people.

When, at the end of that year, a storm of publicity broke, the Marie Stopes board suggested it would be expedient if she founded a separate centre. The opportunity was duly seized and the first of the Brook Advisory Centres exclusively for young, unmarried people opened its doors in London to women and men in 1964.

A Birmingham branch was established in 1966, followed by centres in Edinburgh, Bristol, Liverpool and later Glasgow and Coventry. Today 18 branches of the Brook Advisory Centre, funded by local health authorities, provide free and confidential advice on sex and contraception to nearly 70,000 people under 25 each year.

Brook was a pragmatist. In the 1950s and 1960s she was aware that sexual attitudes and practices were evolving and that if family-planning services were to meet the needs of society then they must change too. The philosophy of her clinics was explained by one of her doctors at the outset: "Shock and moral attitudes are not what is needed, but a recognition of the struggle the girl is going through."

The work of Brook Advisory Centres has, in this spirit, continued to address the needs of young people - male and female - despite hostility and opposition from a minority of detractors. Their current chairwoman, Dilys Cossey, has said that, if Brook Advisory Centres were not constantly pushing at the "boundaries of what is 'respectable' to provide what is 'necessary' they would be failing their founder's legacy and her memory". Until her death, despite severe eye problems in later life, Brook retained an keen interest in, and supported, the activities of the centres that bear her name.

She was born Helen Knewstub in 1907, one of six children, into a genteel and cultured world. Her mother gave birth to her in an upstairs room at the Chenil Gallery, which her father had founded. Having been educated at the Convent of the Holy Child Jesus at Mark Cross, Sussex, she later renounced Catholicism and joined the Anglican church.

She bore a daughter to her first husband, George Whitaker, the leader of the Chenil Chamber Orchestra, a year after marrying him at the age of 18. The marriage was dissolved two years later at her request. She then spent two years as a painter in Paris with her daughter. After returning to London, in 1937 she married Robin Brook, a merchant banker who became a director of the Bank of England and was knighted in 1974; they had two daughters. She was appointed CBE in 1995.

Helen Brook was a refined and cultured woman who came from a generation which was not afraid to take courageous leaps and leave bold imprints on the world. Even before her death, the legacy of her audacity enhanced the lives of millions of young people, allowing them to explore and enjoy their sexuality without fear of pregnancy. That legacy will continue in the work of her centres.

Published in the Independent newspaper on 09 October 1997.